The real voyage of discovery consists not in seeking new landscapes, but in having new eyes – Marcel Proust 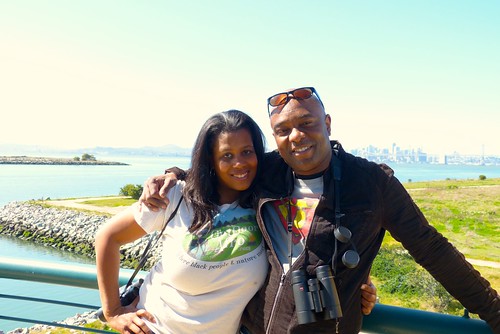 David Lindo, also known as The Urban Birder came to the San Francisco Bay Area yesterday to do a talk about his experiences birding around the world in urban centers, most notably in his hometown of London, England, where he is a well-known featured bird expert on television and radio. Lindo spreads the gospel of practical nature. Meaning, you don’t have to travel to exotic locations to find rare and delightful bird species. Instead, birds are wherever you are, and “all you have to do is look up”, he says.

As I briefly stood before the audience to help introduce the program, and looked out into the diverse faces of attendees, it provided a deeply satisfying glimpse into a not-so-distant future Outdoor Afro envisions, where all people engage with the nature all around. 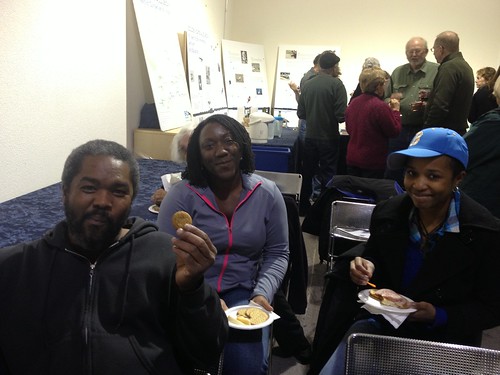 Generously sponsored by Golden Gate Audubon Society , an organization also committed to help more communities connect to conservation, the gathering proved to be a fun, fresh perspective on birding. David shared his personal story of growing up birdy as a youth, begging his working-class mother for his first pair of binoculars. A luxury his family could barely afford. He described the wonder of his special patch of woods, where he spent hours as a child getting to know his local bird species and making up intuitive names for each one. He went on to share through photos, examples of the variety of birds spotted in urban centers. He helped us imagine a skyscraper as a face of a mountain, where one might spot a Peregrine Falcon on its peak, and his humorous use of the Jedi-like “Force” to manifest rare bird species in some of the most improbable places. 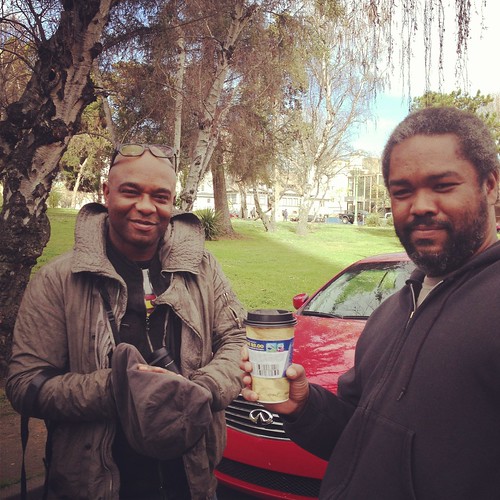 Today, I was delighted to take David to see some more of our local birds. The previous day, Audubon staff treated David to a full-day of birding, where he found the male Varied Thrush pictured above, and our famous and rare Clapper Rail. Clay, an Outdoor Afro leader and ecologist joined us on the brief tour of Oakland’s Lake Merritt and Middle Shoreline Harbor Park with panoramic views of the San Francisco skyline and bridge.

Hanging with two people who share deep experience observing birds was a kick for an intermediate like me. David and Clay debated the nuances of plumage to determine species. Is that a Golden Bellied Plover, or an American Plover? (they saw both). Yes, these are two black men from different parts of the world having this conversation, I mused.

While David has observed several hundreds of bird species with all types of people from many walks of life, remarkably, he admitted today was the first time he had ever birded with other black people outside of Africa!
It certainly won’t be his last.
Learn more about David Lindo The Urban Birder and Twitter @urbanbirder