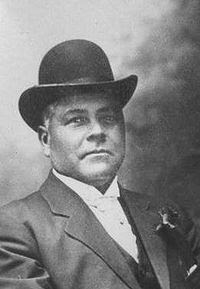 I wish I could tell some folks to simply throw on some hiking boots and GO, but there are historical and social influences that keep many African Americans estranged from the natural environment. So why is it that African Americans consider the outdoors for others and not for themselves?
I came across this National Parks site that does a decent job of describing the different relationship people of color have with the natural world. While African Americans may appreciate the majesty of the Grand Canyon, or the sublime beauty of Yosemite, it is a challenge to view these spaces as our own and make them a priority to visit.
Another page of the site tackles this issue head on and lists a number of preserved sites that are designated because of people of color. One site local to the Bay Area is The San Francisco Maritime National Historic Park that memorializes the heroic, late 19th Century African American seaman William T. Shorey, (pictured above) who eventually lived out his days in Oakland.