October’s Bird of the Month 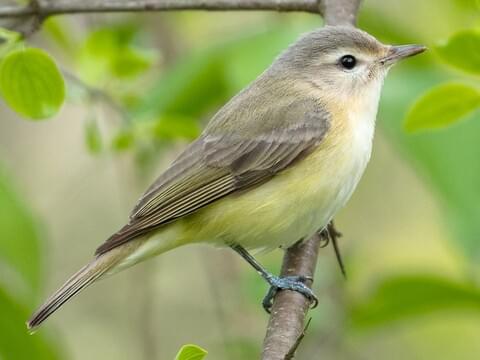 Last month’s bird was the very common Warbling Vireo.  The proverbial pendulum has swung dramatically to the other side with this month’s rare Indiana bird.

I sometimes have difficulty deciding on which bird to mention for a “Bird of the Month”.  Trying to decide which particular bird species stood out during a particular span of time…can be a daunting task for someone who simply loves to observe birds and their behavior.  (This probably manifests itself in my capacity to watch, what may be a very common species, for long periods of time.  Even the most common of birds will do “something extraordinary” and mind blowing if you observe them long enough.)
However, this month’s bird stands out quite readily; it is the Long-tailed Jaeger (also known as the Long-tailed Skua in many parts of the world).
The Long-tailed Jaeger is indeed a rare visitor to our state.  It is a bird more closely associated with the Arctic Tundra and Open Ocean rather than Central Indiana’s Eagle Creek Park where it was spotted.  The uniqueness of this bird showing up actually forced me into my “Brock’s Birds of Indiana” to see just how often this bird has been reported in Indiana. (“Brock’s Birds of Indiana” is an exhaustive work by Dr. Kenneth Brock. You can purchase it from the Indiana Audubon Society.  It is invaluable to Hoosier Birders.  I highly recommend it for your library.)
Brock notes there have been 22 recorded sightings of this bird in Indiana, with almost all of those sightings at Lake Michigan.  There had been no sightings for Central Indiana.  So, seeing this bird out at Eagle Creek was indeed a treat for not only me, but many, many others as well.
The adult Long-tailed Jaeger during breeding season is almost unmistakable to identify.  Its long, central tail feathers extend 5-10 inches beyond the rest of the tail, giving this bird its name. The juvenile bird that prompts this BOTM did not have this long tail feature.  Even so, Indiana birder and photographer Ryan Sanderson was able to help with a positive ID by capturing the bird’s two outermost primary feathers showing notable white shafts.
While observing this bird, I noticed it to be a very agile and graceful flyer.  It even seemed to be catching insects on the wing at one point.  I also noticed the bird showing its proclivity and ability to steal food from other birds.  (Laughing Gulls and Ring Billed Gulls in this jaegers’ proximity experienced the somewhat aggressive nature of this bird firsthand.)  For the most part, this bird seemed to have no problem catching its own fish with some proficiency.
As a birder, I get joy in being very surprised by birds every now and again.  Because they have wings, birds can surprise us with their potential to show up almost anywhere.  A Long-tailed Jaeger in Central Indiana?  When it comes to birds, it’s true; they have wings and tend to use them.

Douglas “Birdman” Gray has been birding almost all of his life. He grew up on a family farm near Clarksville, Tennessee, where they grew crops ranging from apricots to wheat, and most things in between. They also raised chickens, guineas, pigs, horses, and a cow named…….Apples. Doug’s grandfather identified the birds they would see daily on the farm.
Doug now resides in Indianapolis and works in Parenteral Engineering with Eli Lilly and Company. Most of his current birding takes place in Indiana, with a concentration on Central Indiana, where he leads bird walks for “Backyard Birds”. Doug can be reached at 317-255-7333.